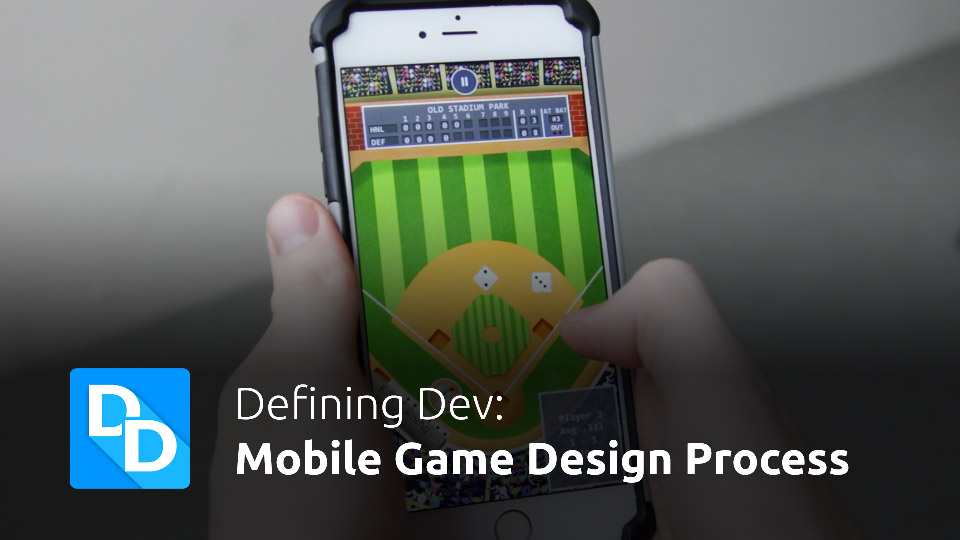 Our newest episode of Defining Dev explores how mobile games are created. We walk you through the process, from the design of the app, all the way to its launch.

This is a critical part of a mobile games design and development process. The concept and design phase will determine the scope of the project, what technologies are needed to create it, what platforms it’s going to run on, and, of course, how users will play the game. The more complex the game, the longer it’s going to take to establish these fine details and create a development roadmap.

Active development is the longest part of the design and development cycle of a mobile game. It’s during this time that its art assets, like character models, music, sounds, and writing are produced. Developers implement the game in a game engine, like Unity or Unreal, and create the user interface to the creators’ specifications. Throughout active development, builds of the game are shared with you to solicit feedback and fine tune the look and feel of the game.

As active development winds down and the final list of functions are locked down, our internal team begins to rigorously test the title. Some multiplayer games are released to a select group of external users to help test the game. Other games are even offered to the general public in so-called Public Betas, to help stress test the game’s networking backend and handle gameplay balance.

This phase is the culmination of months of design, development, and quality assurance. Many game creators will leverage the power of social media to share their game’s launch organically. Others will turn to external advertising agencies that specialize in mobile game marketing. Smooth technical launches backed by an effective marketing campaign will help drive an app to be featured in the iTunes Apple App Store and or Android Google Play store.

Many games’ development cycles don’t end after the product launches. Especially for larger games with hundreds of thousands of players, new content must be rolled out on a regular basis to retain users and build the player base. These successive iterations require smaller cycles of game development and can last for years after the initial launch. However, most games only require minor maintenance and support after their launch.

Do you need help with your mobile game application? Contact Zco’s experts today.