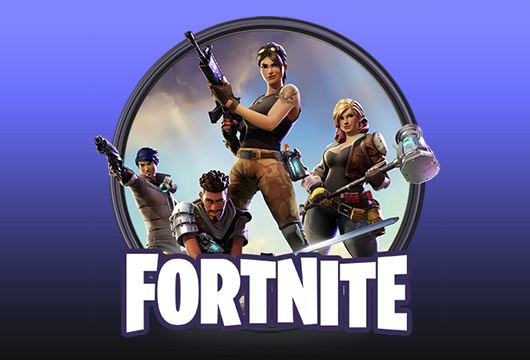 If there was ever any doubt about the direction of gaming as a whole moving towards mobile, look no further than the furor over the mobile versions of Epic’s Fortnite and Bluehole’s Player Unknown’s Battlegrounds. The two battle royale sensations were already a veritable force of nature on consoles and desktop systems. But their introduction to iOS and Android has cemented them as possibly the two most popular titles of this gaming generation. When schools are forced to create custom firewall rules to address rambunctious players from playing during class, you know you’re dealing with bonafide hits.

Times were that porting over gameplay experiences as intense and complex as Fortnite or PUBG to phones, while keeping the fun intact, was impossible. Mobile hardware didn’t offer the raw performance necessary to get the job done. And even if they did, touch controls weren’t up to the task of translating player input into meaningful gameplay. Unless your game was custom-created explicitly for mobile, it was more than likely your mobile port wasn’t going to be a hit with gamers. Times have changed.

One of the most fascinating elements of the PUBG-Fortnite phenomenon is that both games are running on Epic’s Unreal Engine. While not new by any means, Unreal has grown and evolved over time to adapt to a mobile-friendly environment because of Epic’s commitment to supporting mobile chipsets. The engine’s chief competitor, Unity, is no slouch when it comes to mobile, either, but suffers from a perception among developers of not being as performance-oriented as Unreal. (Unity has pledged this year at GDC to step up their performance game, so we’ll see how that plays out as time goes on). At this point, if an engine’s support for mobile doesn’t measure up, it might not be worth using.

In the past, the divide between hardcore and casual gamers seemed like an impenetrable wall. Why would casual gamers spend several hundred dollars on a piece of hardware that was going to gather dust in the living room? Similarly, why would a hardcore gamer bother buying compromised games when they could get a better experience on their console or computer? But nowadays, the divide seems to be getting smaller and smaller. Between a lower barrier of entry for developers to ship their games across platforms, and a new generation of mobile-first gamers, it’s hard not to see the hardcore-casual paradigm dissolve completely.

Whatever the future of games, there’s no denying hits like Fortnite and PUBG are helping push the envelope forward when it comes to mobile gaming experiences. Their addictive gameplay, endless cultural relevance, and player-driven stories are introducing an entirely new generation of people to serious gaming. And that’s a good thing for the entire game development industry. If you’re looking to get your idea made into a mobile game, get in touch with one of our account executives today and find out how we can bring your vision to life.