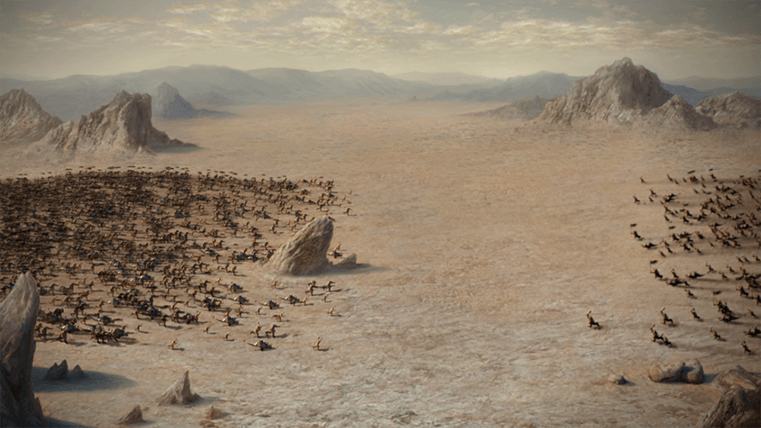 These days, 3D animation is everywhere, be it in movies, games, commercials, and architecture. This conveys the bare truth that modern businesses consider 3D as an effective tool for digital marketing. Regardless of the 3D requirement in front of you, whether it will be modeling a product or creating blockbuster special effects, your 3D content should be effective enough to engage the audience. Similarly, your product has to reach the market on time because today’s businesses world is very competitive. There are different techniques and 3D animation services that can speed up the animation process and helps you achieve faster market reach. Let’s have a look at some of them.

Most animation is produced by manipulating the joints in a skeleton to give the appearance of movement. Inverse Kinematics (IK) is one such technique in which natural body movements of a character are simulated by using skeletons. IK is extremely useful in 3D animation. It simplifies the animation process and helps create advanced animations with less effort. IK is often used as an efficient solution for rigging a character’s arms and legs. For instance, to animate a game character like an attacking robot, artists can use IK to simulate its movements like making it sit down or bend its knees. IK achieve this by positioning the last bone in the bone chain, making other bones position themselves automatically. For example, if a character’s hand is animated, then the forearm and arm will follow the continued movement like rotation and bending in a natural way. IK is useful if you want to create animations like picking an apple or planting feet on the floor during a walk cycle. Autodesk Maya, Autodesk 3ds Max, and Houdini are commonly used tools to implement IK animation.

Have you ever wondered how stunning visuals in movies like stormy seas, an erupting volcano, or a giant waterfall are created? The effects are achieved through dynamic fluid simulations. Fluid simulation is all about generating realistic animations of fluid bodies like water, fire, cloud, smoke, or explosions. Using fluid simulations, one can create open water, realistic atmospheric effects, pyrotechnics, viscous fluids and more. Fluid simulation has been widely used in different industries like films, games, and advertisements. RealFlow, Blender, Maya, and Houdini are some of the 3D software suites used to produce fluid simulation.

3D skeletal animation is a process wherein an object is animated by combining two techniques: a surface representation of the object where the animator draws the object or mesh and then adds animations to that object using a set of interconnected bones in a skeleton. Skeletal animation can be used to animate characters and any joined objects. For example, for animating a human character in a game, the animator builds a skeleton within the mesh and animates the skeleton to give the desired movements to the character. At Zco, our expert animators pride themselves on utilizing these advanced techniques and others in our clients’ projects. By implementing the right technologies and tools, we help our clients to get their projects done faster without compromising the quality. Having your product built with an expert 3D animation company like Zco Corporation guarantees you high-quality animations. We can provide you rapid and effective animations using the right technologies and tools that best suit your needs. What’s your idea? Get in touch with us today and we’ll work with you to make your vision a reality.